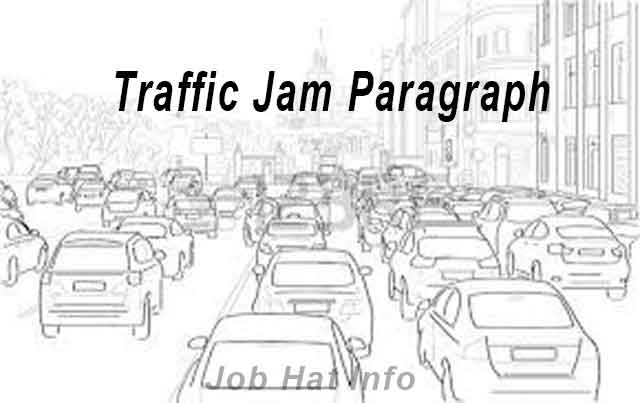 Traffic Jam refers to a long line of vehicles on the road leading to a serious roadblock. It is a common feature of the major roads of Bangladesh. It is also seen in the town or even rural roads. There are some causes behind this Firstly, many drivers are ignorant of traffic rules while some deliberately violate traffic rules. This leads to a serious roadblock. Again, plying of various vehicles with different velocity causes traffic jams. The vehicles with high speed are sometimes blocked by vehicles with less speed. In, traffic jam is largely occurred due to thousands of rickshaws plying on the busy roads. Besides, sometimes water clogged on the road leads to traffic jams. Finally. poor driving, reckless parking alongside pavements, and unhealthy competition among drivers cause a traffic jam. I feel bored at the time of a traffic jam. It can be removed by maintaining traffic rules strongly as well as making drivers conscious about following these rules 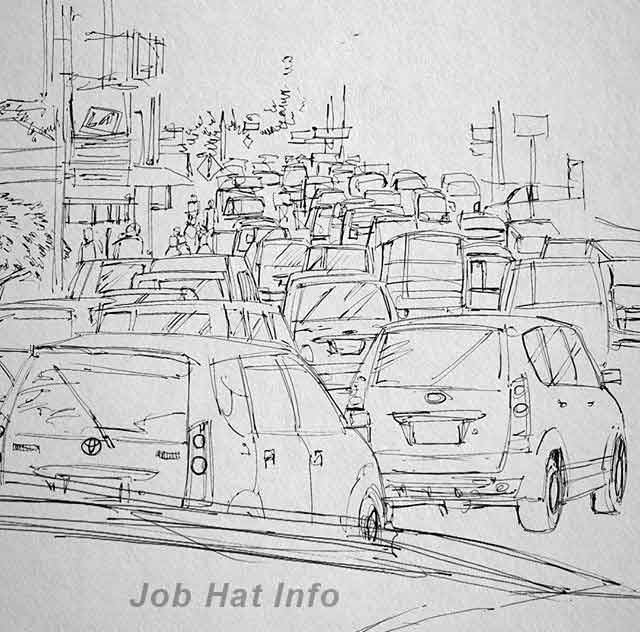 A traffic jam is a long line of vehicles on a road that cannot move or that can move very slowly. It is a great nuisance for modern society. It causes unspeakable suffering for the city or town dwellers. Many vehicles moving on the same road at the same time cause traffic jam. Besides, the traffic police are not sincere. They do not do their duties honestly. The drivers being indifferent to traffic rules. want to get more and more passengers stopping buses here and there. All these things together cause a traffic jam. Moreover, the unlimited number of rickshaws plying on the streets is another cause of a traffic jam. At the time of the traffic jam, I feel extremely bored as it kills our valuable time. This nuisance should not be allowed to continue. Strict laws should be imposed to control the traffic jam. Exemplary punishment should be given to drivers who do not obey the traffic rules. Above all, the traffic authority should be more careful to enforce the traffic rules and maintain the discipline of the roads.

Traffic jam refers to a serious roadblock when there is a long line of vehicles on the road. It has become a common picture of roads and streets in the big towns and cities of the country. There are several causes behind the traffic jam. Firstly, many drivers are not aware of the rules and regulations of driving. And many others are not willing to abide by traffic rules. Then, vehicles of various velocities ply ( 1) on the same rood, and these differences in the velocity cause a serious traffic jam. Often it is seen that high-speed vehicles are blocked by low- speed vehicles. Reckless and uncontrolled driving sometimes causes traffic jam. Besides, our cities do not have spacious and sufficient roads for the increasing population. Moreover, there occurs a serious traffic jam because of water clogging ( O) in the rainy season. The consequences of a traffic jam are very serious. Office going people fail to reach their working places in time, students often cannot attend their classes. Thus people of all classes suffer a lot. But the most tragic impact of the traffic jam is that ambulances carrying critical patients cannot reach the hospitals and clinics timely. Even sometimes patients die in the way without treatment. So this Traffic Jam situating should not go any further. There should be programs to make drivers conscious of the troubles. The authorities must widen roads and streets so that drivers can drive safely and easily. Besides, traffic rules should be followed by all.

You may also read: