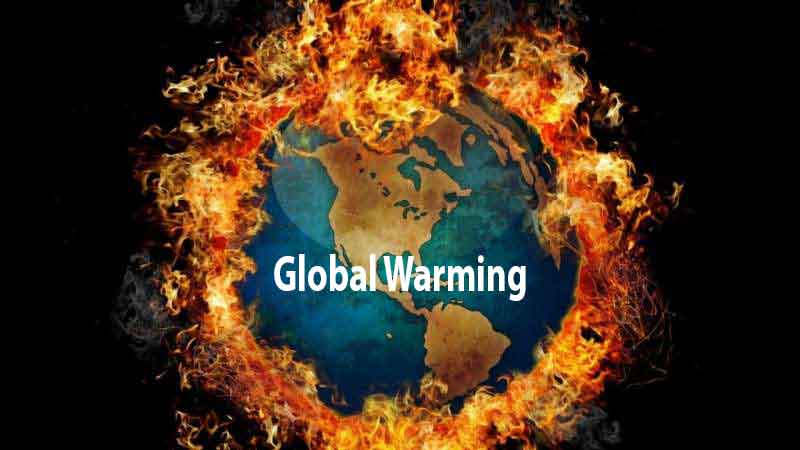 In recent years, there have been many alarming reports that the world’s climate is undergoing a significant change. All these reports provide strong evidence that world temperatures are increasing day by day. This increase is known as global warming caused baby increased amounts of carbon dioxide around the earth. Most climatologists believe that (adj.) the ‘greenhouse effect is the most likely cause of this global warming. Climatologists predict that by midway through the next century temperatures may have risen by as much as 4’C. This could catastrophically reduce mankind’s ability to grow food, destroy or severely damage wildlife and wilderness, raise sea levels, and thereby flood coastal areas and farmland. The alarming news about Bangladesh is that as a result of the rise of the sea level the lower southern part of the country may one day go underwater. The main culprits for global warming are carbon dioxide gas, produced by the burning of fossil fuels and forests, and pollutants such as methane and chlorofluorocarbons. We can prevent by being careful and raising public awareness. Nowadays Global Warming is a burning question of the world. The world temperature is increasing day by day Global warming means the increase in the average temperature of the earth’s near-surface air. This temperature has increased by more than 0.18 °C (0.32 °F) during the last century. It is increasing mainly for greenhouse gases These gases are emitted from human activities like burning fossil fuel, deforestation et Another cause is the increased release of methane gas. Methane is a dangerous greenhouse gas. The increasing population is also a major man-made cause of Global Warming. More and more people mean more pollution and more temperature. We are responsible for global warming because we pollute our environment. Global warming causes various hazards and problems for us. So, we must be more cautious so that our environment cannot be polluted. Forests are being burnt down. Mills, factories and various traffics are discharging huge amounts of carbon dioxide into the atmosphere. When fossil fuels like coal, oil, etc are burnt; they give off a greenhouse gas called CO2. As a result, more heat is produced and it is trapped in the atmosphere. Climatologists predict that by midway through the next century, average temperature may be 40 degrees Celsius. The water level of the seas and rivers might increase and many lower parts of the earth will go underwater

You may also read